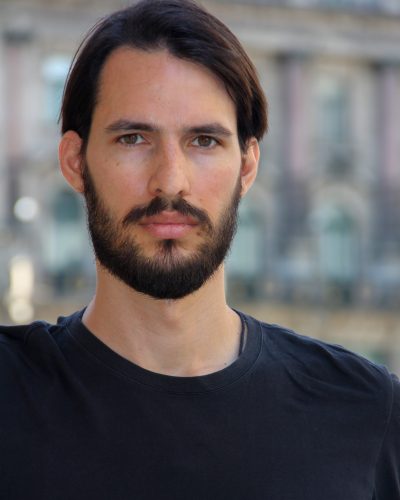 Ralf Lichtenberg Narro is a Los Angeles-based, award-winning composer for film and TV with Mexican and Austrian-German heritage.

“Ralf’s music draws upon his diverse backgrounds as an Austrian and a Mexican. A traditional European foundation with a latino flair and energy that combine to create a blend that is truly unique.” ​

Composer Ralf Lichtenberg Narro combines his Viennese classical music background and his Mexican Latin rock-percussion experience into a unique hybrid orchestral and rock-pop cinematic style. Projects that featured Ralf’s work have won multiple national and international awards including Gold at the International Independent Film Awards, best short movie at LAIFFA and have been screened at Film Festivals in Toronto, Guadalajara and Cannes.

He was awarded Best Composer at the Sunscreen Festival in Los Angeles for his original score to the indie drama film CATA, directed by Carlo Tonda. Ralf created an intimate score for the feature film BLURSDAY, directed by Emmy Award–winner Sergio Guerrero, shot during the pandemic by actors around the world in their own apartments during lockdown.

Born in Vienna, Austria, Ralf took to the piano at an early age and also became a boy soprano, singing as a soloist in Austria’s elite children’s choir “Gumpoldskirchner Spatzen” and sharing the stage with international stars including The Three Tenors, Alejandro Fernadnez, The Scorpions, and Sarah Brightman.

Moving to Mexico as a young adult, Ralf played drums in local metal and progressive rock bands and studied music theory and composition under Eduardo Cota, while pursuing studies in psychology and music therapy in San Luís Potosí, México.  He then returned to Vienna, enrolling in the School of Entertainment and Technology to study media composition, and moved to Los Angeles in 2015 and graduated from UCLA‘s Film Scoring Program.